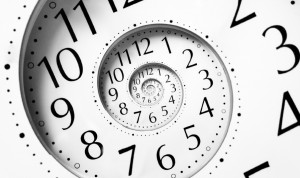 April 8 is the magic date. That’s when Microsoft will end its support of the Windows XP operating system. And that means Microsoft will no longer issue updates or patches for the system.

That’s especially worrisome for companies regulated by the Securities and Exchange Commission or Health Insurance Portability and Accountability Act (HIPPA) and responsible for safeguarding sensitive data, particularly patient health information. Cracks in security could lead to violations and fines.

But for all companies, a less than optimal operating system could negatively affect business performance and integrity as a company.

What to do now

Companies that have yet to make the transition need to begin now to develop and implement a plan. Theses steps can help.

1. Conduct a network-wide inventory audit. This will help determine how many computers need to transition from XP to a newer operating system, giving companies a starting point from which to develop the most cost-effective plan.

2. Make sure the network is secure. Are computers protected against attacks? Are safeguards in place to monitor network breeches? If the answer to either is no, it’s time to put solutions in place that will help keep systems secure, both during the transition to a new operating system and once it’s completed.

That’s especially important for health care companies. HIPPA regulations include a section devoted to secure electronic storage and transfer of patient health care information, and companies with systems that don’t meet specific standards could be in violation.

3. Create a migration plan based on finances, applications and needs. Since XP launched in 2001, two newer versions became available — Windows 7 and 8. The latest is Window 8.1.

The version that’s best may depend on applications currently being used. Not all run on Windows 8; many do in Windows 7. Applications should be tested in a Windows 8 environment before upgrading to the system.

Then there’s the cost. Some solutions include hardware fixes — upgrading memory or solid-state hard drives — that are fairly inexpensive. Another option is virtual desktop integration — running virtual Windows 7 desktops on a server or multiple servers for redundancies. Expenses involved include new server hardware, the operating system, Windows 7 licenses and the time to implement the solution.

Whatever the plan, companies need to be taking steps now to migrate to a system that’s best for them.